Addiction is a bio-psycho-social disorder characterized by a maladaptive pattern of behavior or substance use which leads to significant impairment in a person’s life. It is critical to understand addiction as a complex issue with roots that seem to be: 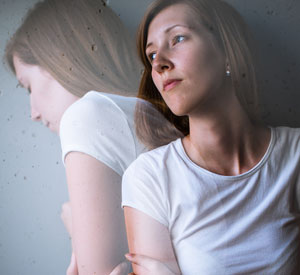 There are certain criteria by which addiction, or dependency, is defined. Manifestation of three or more of the following during any 12-month period would constitute addiction:

What makes addiction, or dependency, especially difficult to recognize is that it is a subtly progressive condition characterized by denial of the condition. In other words, as the symptoms of addiction begin to materialize, both the the one with a substance use disorder and those around him or her (family, friends, co-workers) lose their ability to recognize the truth of the situation. We do not want to consider the possibility of addiction and so we tend to minimize and deny the symptoms we see. Remember, over time some observed behavior has come to be seen as “normal.” The behavior is also sometimes difficult to observe because the addict has typically retreated into isolation in an attempt to conceal their behavior.

There are several myths about addiction that must be overcome:

MYTH #1: We are permanently damaged goods.

While it’s true this disease will need to be managed for life, we can certainly overcome our chemical dependency.

This myth gives the impression that those with a substance use disorder don’t matter and sets the stage for discrimination by family members, friends, employers, health care providers and the legal system. With the right tools and support, we can go on to do great things in life.

In fact, hitting “rock bottom” is like digging a hole. We hit bottom when we stop digging.
In real life, the “rock bottom” moment is different for each and every one of us. For some, rock bottom is getting arrested or becoming homeless. For others, rock bottom is losing the love and trust of family or getting fired from a great job.
It’s important to understand that the level of consequences we face before seeking help have little to do with our chances of succeeding in recovery. Rather than waiting for the “proper” moment of desperation, try talking openly and honestly with us.

This one’s a doozy. Some people can have a drink and walk away; some can take a pain pill here and there with no problem. That makes it easy to assume that we all have the same experience and, instead of walking away, we choose to spend our days in a state of intoxication.

In reality, we are addicted. That means we have to supply our bodies with a steady stream of drugs or alcohol just to feel “normal” or avoid withdrawal symptoms.
No one in their right mind would choose to live the life of someone with a substance use disorder. It’s a lonely and depressing existence.

Many people don’t know that addiction physically changes the brain. These neurological alterations prompt compulsive actions that can easily be misinterpreted. We aren’t stupid or lazy; far from it. What we are is wrongly and wholeheartedly convinced that we need drugs or alcohol to survive. We’re in denial, but it’s a form of denial firmly rooted in biology.

Our brains have developed a tolerance to drugs that worsens over time. Eventually, there’s a certain level of intoxication needed to keep withdrawal at bay. In an effort to “stay well,” we do some crazy things to feed our habits. Our drive is limited to satisfying the addiction. What we do is always in service of a disease that we can’t control. Quite frankly, it’s exhausting.

MYTH #5: If we had any willpower, we would just quit using drugs.

If willpower or the love of family could cure addiction, most of us would be healthy and happy. Unfortunately, it’s not that easy. While it’s true that most of us lack the ability to overcome this disease on our own, the “lack of willpower” is a symptom caused by the neurological imbalances of addiction – not the cause.

MYTH #6: Punishment is the best way to cure addiction

There’s a huge misconception that punishment can “scare” someone into sobriety. However, there’s a big difference between sending someone to prison where the access to drugs is virtually cut off and finding lasting sobriety through recovery. Look, it’s easy to get clean in prison. But, without the tools of recovery, relapse is virtually guaranteed once returned to society.

When threatened with punishments like arrest or incarceration, rational people modify their behaviors. Those with a substance use disorder, however, are living with a disease where the emotional and motivational need for drugs completely and totally outweighs the threat of negative consequences.

Again, it’s all related to the neurological changes brought on by drugs or alcohol.
The good news is that addiction is an extremely treatable condition! Treatment begins with exposing the secrecy, lies, and denial that accompany addiction to the light of day. This often requires the help of a drug rehab. Once exposed, the treatment is a combination of behavioral modification, education, individual and family counseling and ongoing support and accountability. Studies show that the recovery rate for addiction is virtually the same as for other chronic illnesses like diabetes and hypertension.

So just what is Drug Rehab?

According to Wikipedia, Drug rehabilitation (often drug rehab or just rehab) is a term for the processes of medical or psychotherapeutic treatment, for dependency on psychoactive substances such as alcohol, prescription drugs, and street drugs such as cocaine, heroin or amphetamines. The general intent is to enable the participant to cease substance abuse, in order to avoid the psychological, legal, financial, social, and physical consequences that can be caused, especially by extreme abuse. Treatment includes medication for depression or other disorders, counseling by experts and sharing of experience with other participants. Some rehab centers include meditation and spiritual wisdom in the treatment process.

So according to this definition, rehab is designed to help you stop abusing drugs in order to avoid the inevitable negative consequences associated with drug abuse. It is the participant’s denial system that prevents him/her from recognizing these consequences. Components of the denial system include minimization (“It’s not that bad”), justification (“You would use too if you had to endure my childhood”), and rationalization (“I have to use to be able to do my job”). What happens as the addiction progresses is that the participant loses his/her ability to recognize the reality of the situation – he or she begins to believe the lies that justify their continued use of drugs.

The first step in drug rehab is stabilization – getting physically, mentally, and emotionally clear enough to begin to process information. For some participants, this may require medical detoxification. For others, simple involvement in a supportive structured environment is enough. Some may require the safety of a residential program while others do quite well in an outpatient setting.

Once stabilized, there are four main components to any rehab:

As we have become more knowledgeable about the chronic nature of addiction, we have become more enlightened about the need for a continuum of services – from medical detox to residential treatment, to outpatient treatment, to continuing care, to individual therapy, to community support groups. Overcoming addiction is a long-term process. Gone is the day when it was believed that 28 days in a hospital program would be the cure for addiction. The good news is that treatment works and addiction is a very treatable disease.

Call now for your free assessment!